Published by Krooked CowGirl on October 8, 2018

Published by Krooked CowGirl on October 8, 2018

This Fundraiser is intended to help raise funds to purchase a new van for Shawn Brush to keep rolling and plucking all over town, out and about.

Are you a Dealership that would be willing to work with the Shawn Brush Foundation - give us a Stellar deal on a Reliable and Safe set of Wheels.

A big thank you logo will be placed on the back to show the world that your Dealership ROCKS!

Contact us for more info on how to get involved.

Published by Krooked CowGirl on October 3, 2018

Brush has performed for years, including open mics around town 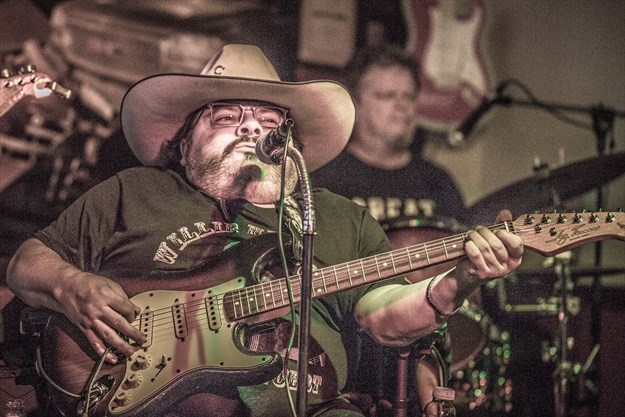 Showcasing his music, along with several others local musicians, Burlington musician Shawn Brush hosts Keep Shawn Rolling at the Boston Manor on Oct. 14.

Known musically as the Krooked Cowboy, Brush has performed for many years, including open mics around town, but needs a mobility van to drive around.

“I’m overwhelmed, more than ever, by the community response in getting ready for this event,” said Brush. “Everybody I tried to have on the list is original, so not a lot of cover music; there will be roots, country, bluegrass, folk, rock, and blues mixed in.”

The concert, which runs from 2 to 8 p.m., also features the Personics, Ginger St. James, Matty Simpson, Ellis In Transit, Caroline Wiles, Bert Steen and more. There will be raffle prizes with proceeds going towards the purchase of a mobility van.

“There were more people (who offered to play) but there’s not that much time in the day,” said Brush. “A lot of people are coming to help out, and there might be a few special guests.”

Working on a new album, Brush’s last album, the Krooked Cowboy Rides Again, was released in 2008, along with his book, the Krooked Cowboy, an autobiography which chronicles his journey through music as an award-winning singer/songwriter despite living with Morquio syndrome, a rare degenerative disease affecting bone and tissue.

Although he has had a dozen albums released, he has put his latest album on hold while he manages his current challenges. His wheelchair is also breaking down.

Musically he continues to broaden his horizons, recently adding jazz and electric guitar into his roster of talents. He hopes to showcase these elements in his new album.

“I want to say a great big thank you,” added Brush. “It’s humbling sometimes to ask for help, but I also get reminded by friends to keep going as I’m an inspiration. I don’t think about it much as I go about my day but people remind me of what I’ve done, how I made beautiful music, and in a nutshell, that’s my job. I always give back. So on one side, it’s humbling, but on the other side, I’m not special [in needing help].”

Find more at shawnbrush.com or find him on Facebook.

Published by Krooked CowGirl on October 3, 2018

Published by Krooked CowGirl on September 27, 2018
Leave a Comment

Published by Krooked CowGirl on September 26, 2018
Leave a Comment